Uruk hai sword is a battlefield sword that is used by the Uruk hai from The Lord of the Rings. The swords are not like traditional swords and they are neither strong enough for long-time usage.

However, Uruk hai is a strong evil breed of the middle earth and they were shielded with these swords.

The sword isn’t a slashing sword, not a stabbing sword either. But the hook on the reverse side of the blade allows the Uruk hai to take the cavalry unit down from the horseback by taking them back. In The Lord of the Rings, these swords have a great role to play for the Uruk Hai and there are more things to know about the sword. 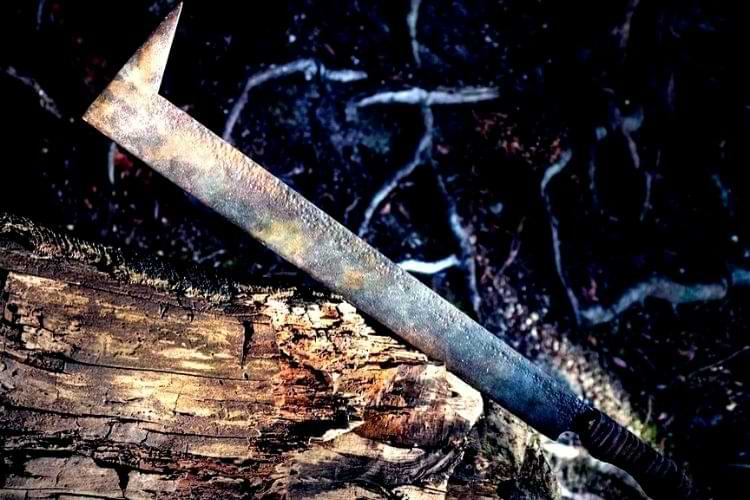 What is Uruk hai sword called

Uruk hai sword is named after the breed of Orcs, Uruk hai. The sword is completely different from conventional swords used in warfare. Even, the style doesn’t make it compared to any sword or drop it into that category. For the unique design, and being used by Uruk Hai, the sword is called Uruk Hai sword.

According to the design and many sources, often the sword is compared to three different types of swords.

But also there is a difference in the hook design. The blade of the bill hook machete comes with a curved design and the hook is on the cutting edge side. However, Uruk hai swords have straight blades with hooks on the opposite side of the cutting edge and that’s where they are different.

However, both of these swords have wooden handles most commonly and they don’t use any handguards on the handle.

Uruk hai sword never comes with a curved blade, whereas scimitar has a curved blade design. Moreover, it is a single-sided blade without having a hook on any side. Also, scimitars come with handguards, unlike Uruk hai swords. The only reason I found behind comparing these two swords is the pointed top.

Although the hook sword doesn’t have a guard on the hilt area, it has a guard just above the hilt for proper handling. Again, the curvy pointy top of the blade is completely different from the Uruk hai swords. 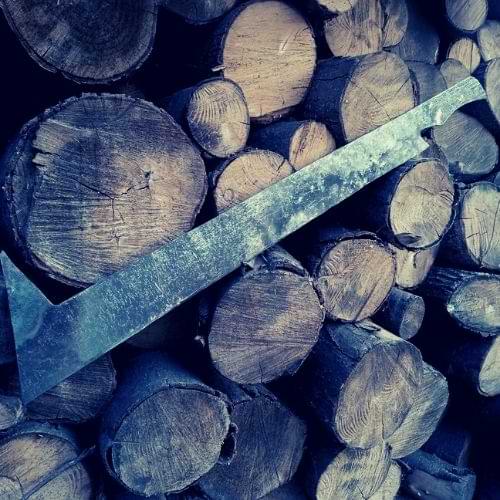 Hook on the reverse side

The basic difference between traditional swords and Uruk hai swords is having a hook on the top of the blade and also having on the reverse side. Except for the cutting from the edged of the blade, the reverse side hook provides stabbing into the opponents.

The swords are used in the middle earth against some enemies with light armor on. To damage the armors, it doesn’t require any superbly powerful, durable sword. So the swords were considerably less durable.

It is cast not forged

The reason behind being less durable is that Uruk hai swords are not forged, rather cast. Casting a sword is easier than forging, and for this, the makers chose to cast over forging.

Although the swords are not giant-sized, they required more power to operate than normal swords. The center of gravity of the uruk hai sword is closer to the edge, which is different from traditional swords.

Who is Uruk hai

Uruk Hai is a breed of orcs in the middle earth, who are known for their brutal fighting skills. In the late third age, the Sauron created Uruk hai. It is said that they are the result of crossbreeding between men and orcs. Although these monsters were created from orcs, they are far stronger than them.

Also, they have a great ability to absorb extreme sunlight and prevent damaging the skin from that. Lurtz, Ugluk, Mauhur, Lugdush are some notable uruk hai members.

How long is an Uruk hai sword

Uruk Hai is a different sword from the traditional one in design, but the length isn’t that incomparable. The overall length of Uruk hai swords remains within 30 to 35 inches. The handle is shorter and it is made for single-handed use. The blade is approximately three times larger compared to the handle.

As the sword needs extra power to operate, the handle doesn’t make it a heavier one. The moderate length and sword weight of the blade make it an easily single-hand usable sword. The blade of a sword is typically ¾ inches thicker.

What is Uruk hai sword made of

No one wants to hold a well-designed sword that doesn’t let him win the battle, because of the less strength. And when it comes to a sword used by a monster, it must be made of strong materials. The makers of these swords used high-quality carbon steel to construct the sword.

The swords of course don’t come with a hilt designed at the end of the blade like the traditional ones. They have a wooden handle, which is wrapped with a leather cover. For monstrous hands, it is not necessary to have a comfortable grip for a good experience on the battlefields.

Why is Uruk hai sword used

The main purpose of using Uruk hai swords is to dismantle the cavalry charge with efficiency. The longer and sharp single-edged blade could easily reach the soldiers riding on the horseback. Through the swords, the monsters slash and cut the horse, and let it down.

Also, when the cavalry charge passes them through, they use the pointed hook to take control of the soldier from the back of the horse. They could easily take the soldiers down using a hook. The Uruk hai swords are also a good weapon for stabbing and penetrating.

Uruk hai was indeed a monster breed from The Lord of the Rings movies. And the sword used by them is known as Uruk hai sword was also a perfect combination for these deadliest monsters.