All these swords are medieval age swords and are highly praised for their usability in the wars. If you are a sword keeper and love to know about different swords, you shouldn't leave the article here. We'll discuss every detail of these three swords and make sure you know which one is better for which purpose. 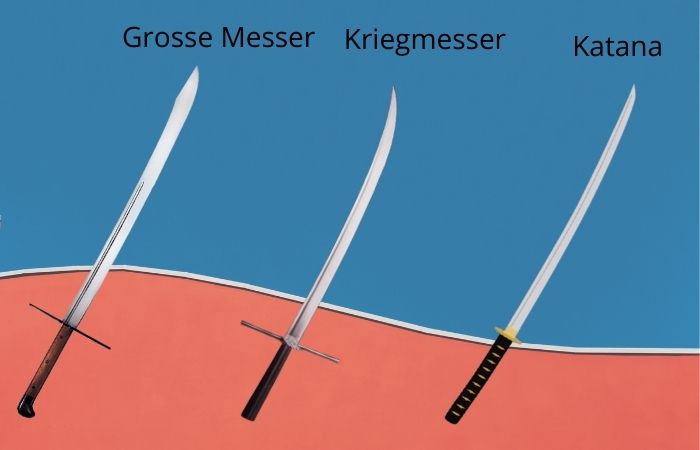 What is Grosse Messer 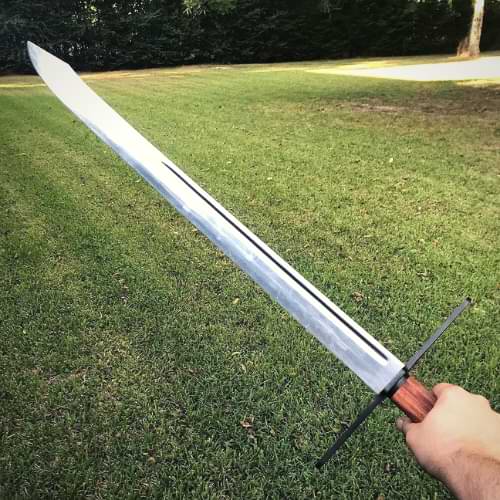 Messer is a German word, which means knife, and both Grosse Messer and Krieg Messer means knife. Grosse Messer is mostly known as the great knife in the medieval period because of its extreme cutting and slicing ability.

Although through the word knife we typically understand a small dagger size something, Grosse Messer is different. It has a longer blade, which makes it more of a sword than a knife. Like other Messer, it also comes with a single-blade construction.

But you need to use both of your hands to handle this single-edged sword, which makes it different from most other Messer. However, they were still known as knives because of the hilt that came with a slab tang like a knife.

Instead of calling Grosse Messer a knife, it possesses all the abilities of a battle sword. The lengthier single-edged blade is made of carbon steel, which is sharp enough for accurate cutting. It is also known as a big knife for the long blade.

Krieg Messer is another type of Messer, which is called a knife but possesses battle sword qualities. It is known as War knife. Like other Messer, it also comes with a single blade. Unlike Grosse Messer, the user can handle it with one hand.

One-handed usage of the sword makes a great opportunity for the user to hold a shield on the other hand. It comes with a thinner blade, which provides a more acute cutting angle and sharper slices through the object.

Even the pointy tip of the Krieg Messer allows thrusting into the object with efficiency. The blade length of this sword or knife provides a better reach on the target. In the battles, it is often liked as a sidearm sword by most swordsmen.

As the blade comes with sprung steel construction, it needs to be sharpened for better performance. It is comparatively a softer blade than carbon steel. The one-handed handling option makes it a suitable sword for defensive movements. 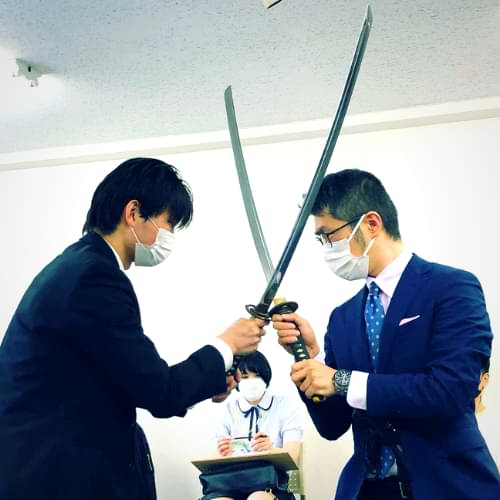 Katana is the symbol of a Japanese Samurai warrior. So it is also known as the Samurai sword. It has a single-edged and curved blade. Although the blade is single-edged, it requires two hands to handle the sword because of the longer hilt.

The blade is lightweight enough to provide quick cuttings and also offers one-handed operation. However, you should use both hands for heavier blows. The flexibility and shock-absorbing design of the blade help to produce heavier blows. It is also known for its sharp executions.

The blade goes to the hilt area through a circular or square guard. This design keeps the sword holder's hand safe from any cutting or slicing. Compared to the other long battle swords, Katana has a unique design. The makers show their craftsmanship in constructing both blade and hilt.

When the swordsmith finishes constructing the blade, they send it for polishing and ensure a shiny look on it. Historically, a Katana comes up with a scabbard or sheath. These scabbards or sheaths come with Lacquered wood, fish skin, brass, or copper construction.

Although there is not much difference noticeable between Grosse Messer and Krieg Messer, some differences are noteworthy. However, Katana is completely a different type of sword compared to these Messer swords. Now let’s look at the differences between these swords at a glance.

Is Messer better than a katana

Well, it depends on the purpose of the user, whether a Messer is better than a Katana or not. Although Messer is a single-edged knife-like weapon, it's considered a battle sword. However, Katana is a Japanese battle sword.

Katana has typically a shorter blade than Messer, which makes Messer a better choice for longer reach. Again, Katana can be well used for heavier blows by handling with two hands. Moreover, the flexible structure of the blade makes the blows more devastating.

However, Messer has a pointy tip that is used for thrusting it into the object. Also, the lightweight design of the Messer allows the user to hold a shield on the other hand for a proper defense. So, which one seems better, is up to you.

What a Grosse Messer offers

Grosse Messer is a big knife from the medieval age, and it supports the user greatly on the battlefield.

What a Katana offers

This Japanese samurai sword is also liked on the battlefields because of its unique design and abilities.