To remove rust and bring the original look to your sword, you can rely on sandpaper. There are different grit sandpapers, which you need to rub on the sword blade for better results. It will remove the rust, scratch and also ensure a shiny condition of the sword.

The whole article covers everything regarding the use of sandpaper on a sword. You can easily remove the rust from the blade surface and use the sword with a medieval helmet on. You will also find some recommendations for sandpapers, which will go well on almost every sword. 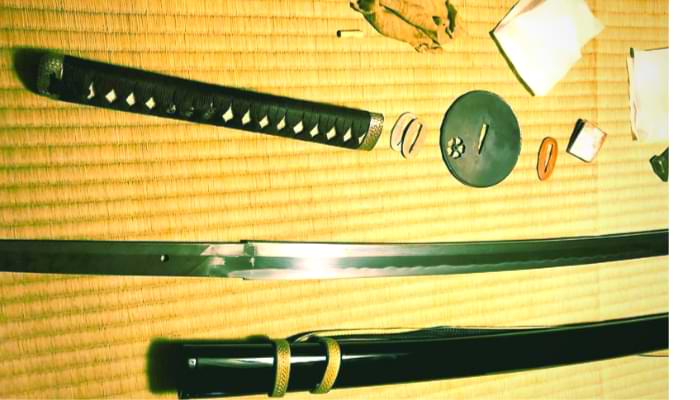 What is a sandpaper

Sandpaper is an abrasive sheet of paper, which is used to make any surface smoother and remove any extra, unwanted layer from it.

It works on plastic, metal, or any other materials as well. In some rare cases, sandpaper comes in handy to make any surface rough as well.

Is sandpaper used as rust removal?

Yes, one can use sandpaper as a rust removal to remove the rust and make the metal sword shiny again.

The main purpose of using sandpaper is to remove unwanted stains, marks, or rust from any materials. As it can work on metal alongside plastic, wood, and glass, it can also remove the rust from the metallic sword.

To remove the rust from a sword, there are different grit sizes available for sandpaper. This shows how coarse or finer the paper is. By rubbing the abrasive end of the paper on the rusty surface, you can easily remove it. Then use a finer paper at the end to bring back the original look on the sword.

How to remove rust from sword using sandpaper

As you have already known that, sandpaper will go one perfectly to remove rust from your sword. But the difficulty rises regarding the choice of grit sizes while choosing sandpaper. You need both coarse and finer sandpapers for the whole process.

Rust is the only obstacle to having a sharpened sword. And when one removes the rust completely, that person needs to use finer sandpaper to make the blade sharp.

Continuous but soft rubbing on the blade will create a shiny and sharpened structure on the blade.

But first, you need to make the edge of the blade wet using a little bit of water.

Then rub the paper on the edge of the blade gently. And thus you will have a sharpened sword.

With both coarser structure and finer structure, sandpaper comes in handy to finish off your task by smoothening the metal, plastic, wooden, or other applicable surfaces.

1. Due to different grit sizes, it becomes easier for the user to remove several scratches after rust removal and also ensure a better look on the surface.

3. The finer sandpaper brings back a shiny look on any metal conveniently.

4. It also gives a clear idea to the user that how much he needs to sand the applicable surface.

Coarse sandpapers are used to remove rust or any unwanted things from the metal, plastic, or wooden surface.