For chopping trees or opponents' heads, an axe will do a far better job than a sword. However, a sword supports a combat fighter in a better way than an axe. This means, both these weapons have their advantages and disadvantages, which makes them better than one another in different situations.

In this article, you will find every little detail about axe and swords. Also, you are going to get an assurance of the fact that which one is better than which one in different situations. 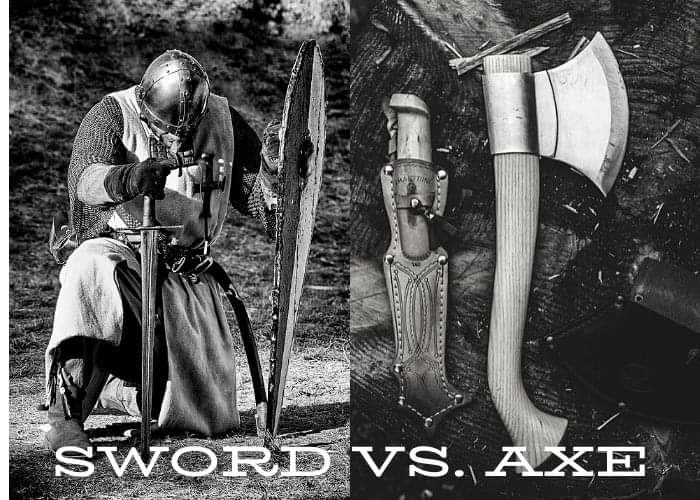 Sword is a specially made weapon for battles and combat fights, but axe is not. One needs to make an axe with some specialized features to use it in battles. This thing of course keeps the sword on top of the axe.

There are some factors one needs to consider before deciding which is one going to perform better on the battlefield. But it doesn't mean the final decision will be the same for everyone, but to reach the final decision checking out the below factors is mandatory.

For battles or combat fights, any professional fighter would love to go with a specialized weapon, not a tool. And in this field, the sword seems to be the clear winner. Swords are specialized weapons, unlike axes that are typically known as a tool.

This is why axes are used as a tool in any situation to chop woods or trees. One can't just use this tool as a weapon in the battlefield because it won't work out for him. He needs to transform the tool into a weapon, and only then it will become appropriate for the battlefields.

Sometimes the heavier weapons work better for the fighter, but most of the time lightweight one is preferred. The reason is to make it easier for him to operate the weapon. And a sword is far lighter than an ax, which makes it a suitable choice for most fighters on the battle fields.

Proper swing is what one wants during a battle to defend the opponent and to defeat him. Both the weapons are capable of providing swings, but a specialized sword more capable in this field. Another advantage is that it provides swings from both sides of the blade.

Axes come with wooden handles mostly and they are heavier in most cases. Whereas swords handles are made with the same materials used in the blade but not sharpened. There are two types of gripping options available for swords, one-handed and two-handed.

However, because of the heavier construction it is necessary to use both of your hands to ensure a proper grip on the axe. Having two options keeps the sword on top here as well.

And you don’t need an extra shield for this; you can defend the blow by using your sword.

As you all know by now that axe is a chopping tool, not a specialized weapon. So it has a better capacity to do damage to your opponents than a sword. One heavier blow can chop the head of the opponent. In case, he is wearing any armor, the axe will do the rest work to damage that.

While it is a bit tough task to do clear damage to the opponent in one blow with a sword. Even you can't damage the armor as well.

Making a specialized sword is difficult than making an axe for the battlefield. You just need a sharp, heavier blade to attach strongly with a wooden handle and don't need to worry much then. But you need a double-edged, perfectly shaped blade for a sword, which is of course not an easy task.

To handle an axe on the battlefield, one needs not be an expert in it. If he can handle the weight of the weapon, it is enough for him. But handling a sword with being trained by an expert is never a wise decision.

Mechanics of an axe

An axe is a simple weapon that comes with a metallic head and typically a wooden long handle. The construction of such a weapon is easier because you don't even need to make the blade sharpen for this. And an axe is also easier to handle without any experience.

Mechanics of a sword

A sword is a long straight knife-like blade that comes with a hilt designed at the bottom. The blade can be curved or straight. There are two more classifications in the blade, double-edged and single-edged. Regarding the handling method, there are one-handed swords and two-handed swords. You know maximum time sword cost is much than a  axe.

Why battle-axe is better than sword

On the battlefield, it is fair enough to use an axe, which is typically used as a tool. Although many ones keep a sword above axe on the battlefield, there is some reason that makes this weapon better than a sword.

When a sword works well than a battle axe 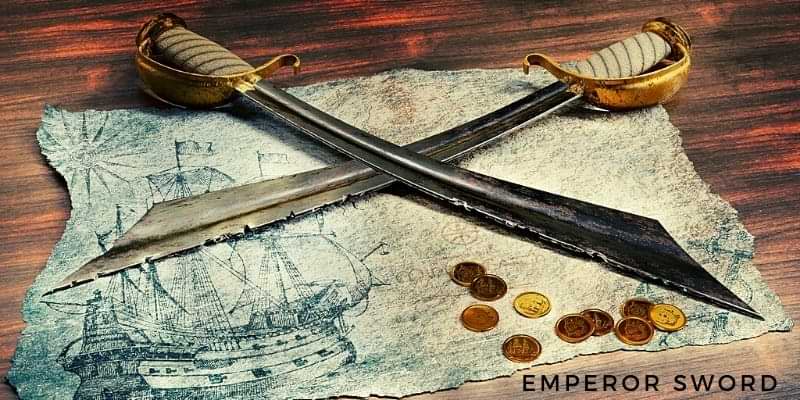 According to most experts, swords work well than axes on the battlefield. And these are the few main reasons behind this saying.

Now the final decision is up to you, which one of these weapons is better on the battlefields. Everyone has different opinions, so the answers will have a lot of variety for sure.

1 thought on “What is a better weapon a battle axe or a sword?”